DESIGNED FOR YOUR PLATFORM, YOUR MISSION 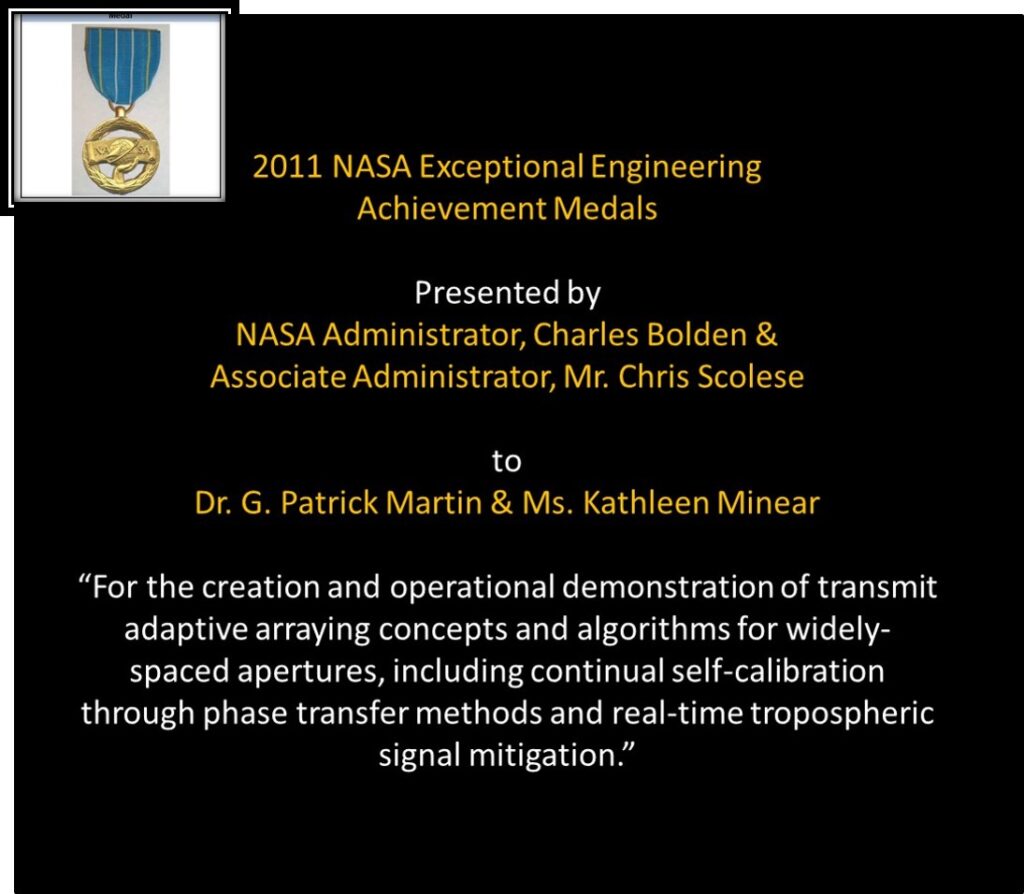 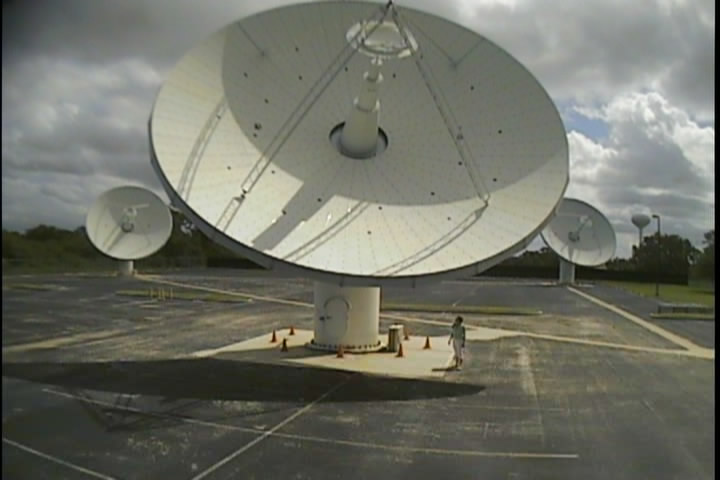 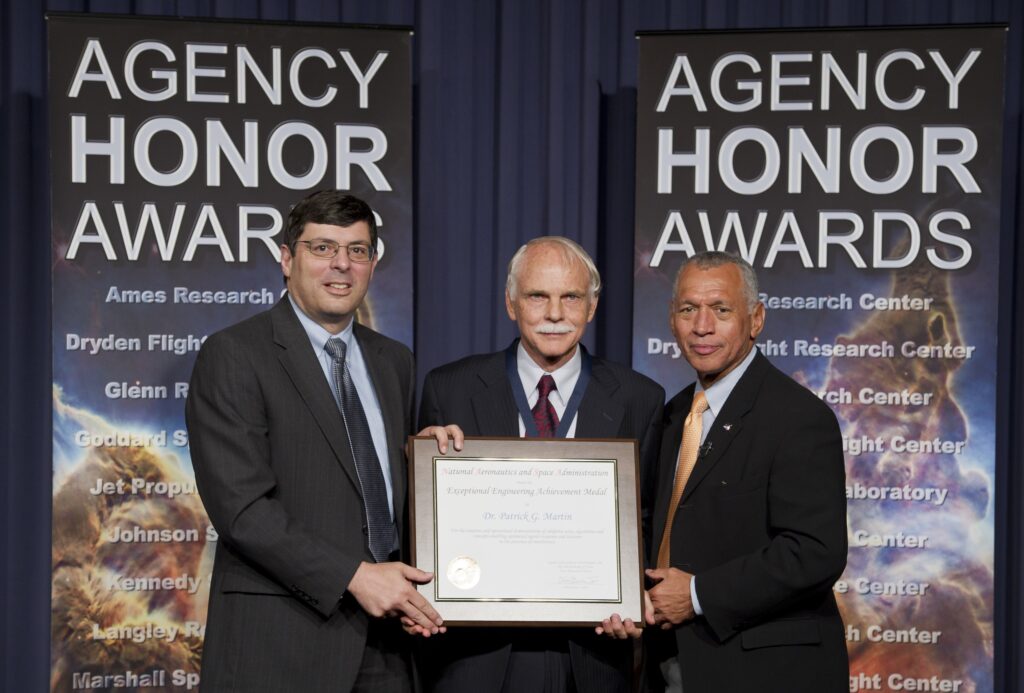 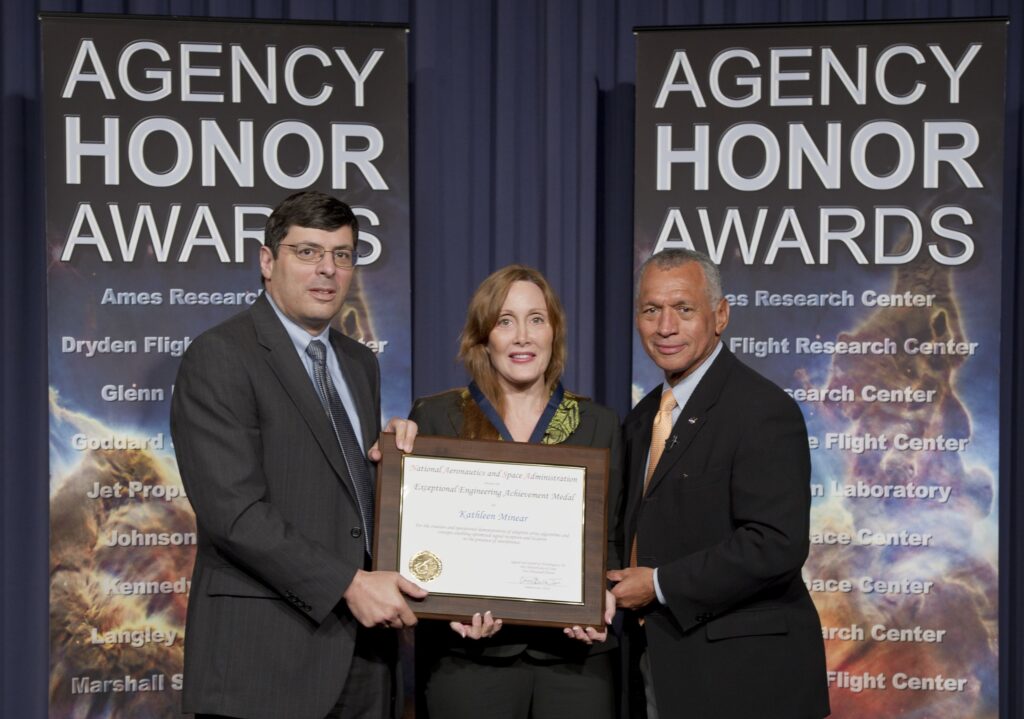 We have the only coherent transmit arraying technology that, by design, does not need to be periodically recalibrated using external objects.  It is the only 24/7 reliable approach to widely-spaced transmit antenna arraying.  Just point at your target and perform your mission, with confidence.

All other methods are not able to keep the antennas synchronized.  They rely on periodic recalibration using external calibration targets such as, ground towers, passive satellites, like Spheres or the Moon, and active satellites, like LEO SATS.  Between synchronization efforts, the state of the array is unknown.  In fact, the array begins to drift out of calibration, immediately.   This leads to undesired consequences.

The DARC program is, “expected to provide 24/7, all-weather capabilities that increases the ability to detect, track, identify and characterize objects in deep space.” Approaches relying on external targets to periodically recalibrate cannot meet that expectation.

Our proven arraying technology is the only approach that can meet that DARC’s GEO-Monitoring requirements.

The benefits of widely-spaced coherent antenna arraying are now becoming well known. Such arrays are expandable for greater ranges and higher power.

They economically provide huge radiated power benefits by virtue of coherently combining large reflector areas with individual high-power amplifiers.  This power benefit is often called the “N-squared” effect where N is the number of antennas in the array.   For example, just three antennas provide 32 = 9 times the power gain of a single antenna; eight provides 64 times, and 10 provides 100 times since the power gain increases by the square of the number of antennas.

Widely-spaced antenna arrays provide built-in redundancy in the event of a failure since if one goes down, the mission goes on.  They also facilitate multi-mission support.

The following is a comparison of traditional phased arrays and the relatively new widely-spaced transmit arraying technology. 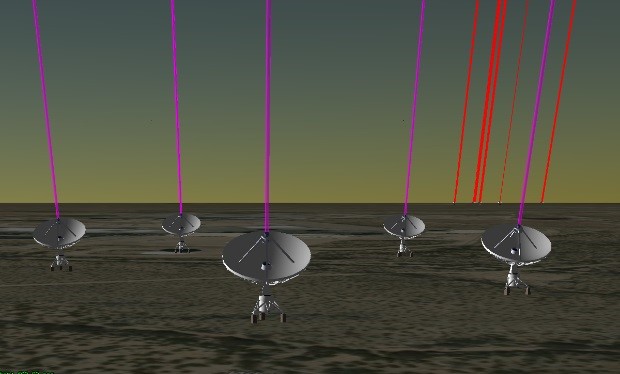 Widely-spaced coherent receive arraying has been practiced for decades.  However, until 2010 no operationally feasible solution for widely-spaced transmit arraying was known.  It was thought to be an intractable problem.  With receive arraying, the signals can be combined at a common point, such as at a ground station.  However, for transmit the signals from each antenna must arrive at a distant target already synchronized.  For example, at X-band about 1 part in 100 billion phase accuracy is required.

NASA funded transmit arraying experiments from 2009 – 2017 at JPL and KSC.  They included use of state-of-the-art or custom antennas, temperature-controlled electronics and fiber, partial control loops, use of external objects such as satellites, towers or the Moon for periodic recalibration and even manual intervention.  The results were systems that would drift out of calibration with unknown synchronization errors between calibration events.  If used operationally, mission success and 24/7 availability would be compromised.

NASA also funded the TxACE  (Transmit Adaptive Combining Experiment) from 2008-2010.  On this program, Specialized Arrays’ founders invented and with their team, demonstrated, a completely different approach that was internally calibrated.  If the power is on; it is ready for your mission.  NO re-calibration, no use of external objects, no temperature-controlled electronics nor partial compensation loops are needed.  More about Martin & Minear’s Self-Controlled Method is found here.

In 2011, NASA HQ declared our method the only operationally feasible solution and awarded the inventors Exceptional Engineering Achievement Medals.  The 6-month demonstration consisted of 3-12m antennas at X-band and a GEO COMSAT (DSCS B-13).  The array remained coherent within 0.2dB of theoretical (9.54dB) until powered down, earning a TRL-6 qualification.

Since then we at Specialized Arrays have developed Self-Controlled calibration methods for radar.  Arraying large ground reflectors using a Self-Controlled Method in radar-mode is essential for constantly calibrated 24/7 availability, ensuring reliable uninterrupted operations for GEO-monitoring.

Traditional phased arrays have been around since Marconi’s time and are still used in today’s Space object tracking radars such as Space Fence.  They are made up of 1000s of sensors tightly spaced. Rather than being moved mechanically like ground antennas, the sensors are steered electronically. Many digital beams can be formed, allowing many objects to be tracked at once.

Although Space Fence’s transmitter is 2000ft2 (185.8m2) and its receiver is 7000ft2 (650.3m2), it is still limited by the size of the objects it can detect and how far away they are.  It would be cost prohibitive to use a traditional phased array to monitor very small objects in GEO.  Therefore, this traditional phased array with its 36k transmit sensors and 86k receive sensors in Kwajalein Atoll is used to primarily to detect LEO (Low Earth Orbit, 160-2000km) objects that pass through its fan-like beam.  While it can be tasked to ‘look’ at MEO (Medium Earth Orbit, 2000-36,000km) objects, it would take away from LEO missions to do so.  Monitoring GEO assets (36,000 km) is out of reach.  Cross-range resolution at GEO would be greater than 540 meters.

Widely-spaced large reflector antennas arrays don’t have size limitations.  They are expandable and capable of finding very small objects in GEO.  Additionally, target positional  resolution can be equally high in all directions (range and cross-range); unlike Space Fence.

Other traditional space radar systems are smaller and handle only LEO objects.  Their limited field-of-view requires they build more and more systems. Additionally, they need to track each object in order to characterize it.  Our patented, notional, widely-spaced array (ESSAR) could comprehensively detect AND characterize them all, as they pass through its beam WITHOUT needing to track them. 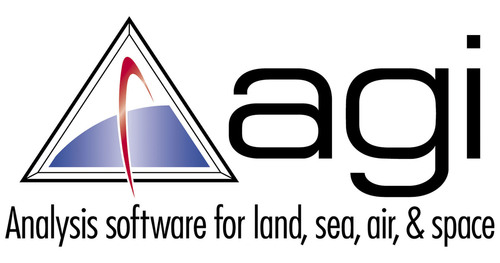