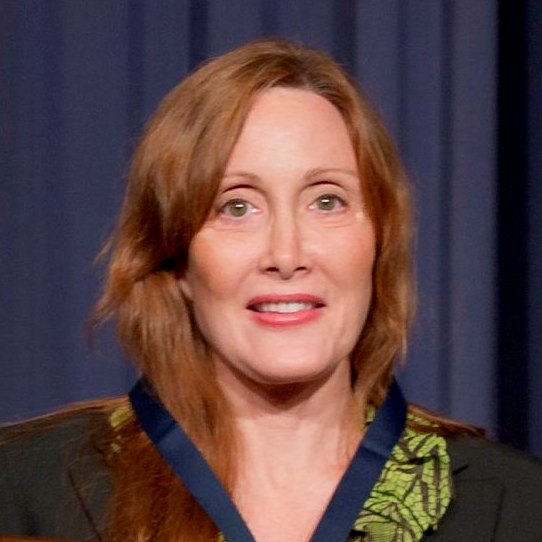 Kathleen Minear is an applied mathematician and senior research scientist.  She has contributed novel solutions to both SIGINT and IMINT missions.  Since 2004 she has focused on development of revolutionary, sparse, distributed sensor arraying solutions that enable game-changing capabilities in Space and on the ground.   Using her hi-fidelity modelling and simulation (M&S) software, concepts are rigorously tested before moving to prototype demonstrations.  The M&S software baseline is then used to control the prototype, with hardware replacing simulated components. Using advanced algorithms and methods, single sensors are transformed into powerful non-traditional array systems for COMM, radar, and directed energy missions.

Kathy Minear is the CEO and cofounder of Specialized Arrays (Sarrays).  She, and cofounder, Dr. G. Pat Martin, created Sarrays to extend their ground-breaking work in widely-spaced large reflector arraying to other space and defense missions.

Her hi-fidelity 4D mathematical modeling and simulation software was created to develop the algorithms needed to array widely-spaced antennas.  Confident in their Self-Controlled large reflector arraying approach, NASA funded a real-time demonstration in 2010 (TxACE).  It was entirely successful, remaining optimally coherent at a GEO target for the entire program period, 6 months.  Her array modeling suite was awarded a Corporate Award, a Division Excellence Award and was highlighted in AGI news.

In 2008, she successfully used her hi-fidelity M&S suite to develop and demonstrate widely-spaced, conformal body arraying. The platform was a full-scale Orion crew vehicle mockup on a positioner in an anechoic chamber. The modeled and measured data coincided providing the expected power gain increase between the phased arrays. The technology was developed to provide spherical coverage by arraying widely-spaced phased arrays. It is a significant improvement over current ‘switching’ methods where transmission drops due to antenna orientation.

Before moving to signal processing in 2005, she solved problems for government and commercial customers in the area of advanced image processing and remote sensing working with a wide variety of sensors:  radar, IR, LIDAR, multi- and hyperspectral, SAR and visible electro-optical.  Combining data from these various modalities in order to attain information not seen with the naked eye was of particular interest.

She developed advanced algorithms to autonomously register or align diverse data types: 2D, 3D (LIDAR) and 4D (video) data.  She developed a metric to autonomously determine the reliability of that alignment. She advanced the field of cross-sensor data fusion by developing a novel correlator tolerant of rotation effects and sensor differences. Combined with a mutual information approach and wavelet filtering techniques, her novel registration approach provided end-users information from the raw data. 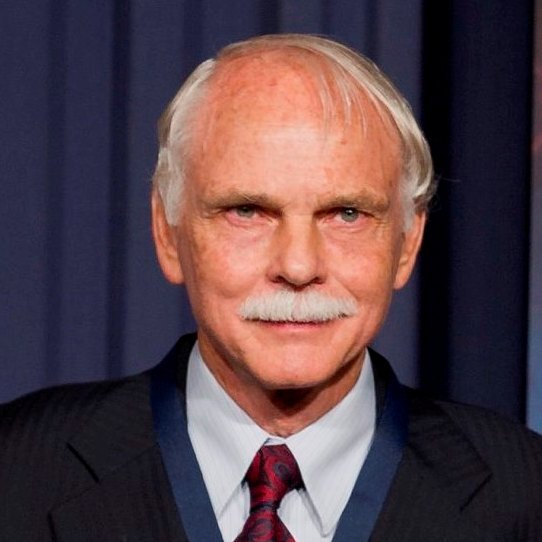 Pat is a system engineer and physicist with decades of experience in advanced adaptive signal processing.  He enjoys solving complicated problems from conception through operational demonstration. He has significant system engineering experience and has served in a technical leadership role for numerous government systems, both experimental and operational.

Pat Martin is the CTO and cofounder of Specialized Arrays (Sarrays).  He, and cofounder, Kathy Minear, created Sarrays to extend their ground-breaking work in widely-spaced large reflector arraying to other space and defense missions.

He is a physicist and mathematician with significant expertise in advanced blind signal processing, adaptive array system design, phase transfer over long distances, and very high precision signal angle of arrival. He has a strong experimental and systems engineering background and is an inventor on over 30 U.S. patents including several in the area of uplink adaptive arraying and high-fidelity hearing restoration.

At his previous company, Dr. Martin received Engineering Achievement Awards five times in recognition of his contributions and held Corporate Fellow status, an honor only given to one of 14,000 individuals per year. Besides his most recent work in the area of uplink arraying, for most of his career Dr. Martin has specialized in the creation of adaptive array algorithms and antenna array concepts which enable optimized reception of signals in the presence of co-channel interference and precision estimation of angle of arrival and/or geolocation of these signals. The most important of these algorithms, both open and closed loop types, require no a priori knowledge for signal sorting and optimal reception. Subsequent Angle of Arrival estimation is unbiased at any signal to noise plus interference ratio (SNIR), highly robust with respect to calibration errors, and capable of very high precision.

Dr. Martin also has invented methods for passive electromagnetic 3-D Raleigh‑limit imaging using ambient signal sources. He has designed very wideband frequency domain adaptive array systems which can perform signal compensation, signal sorting and precision AOA in the presence of severe dispersion and amplifier nonlinearities, including algorithms for general adaptive arraying of very widely spaced moving elements with differential Doppler shifts. Other work includes devising an adaptive phased array antenna capable of hemispherical scan with constant gain over multiple octaves of frequency, wideband coherent fragmented spectrum signal concepts and a sidelobe canceller for reflector antennas based on a feed array instead of the customary rim mounted auxiliary elements. Some of these systems incorporate his weight-perturbational ideas which enable realization with a single system receiver and in very low size, weight and power contexts. Most of these concepts have been realized in hardware and all have been successfully demonstrated and/or are operational.

He also introduced the idea of Model Based Calibration for antenna arrays, which applies precise electromagnetic modeling to significantly increase AOA precision while reducing measurement requirements by orders of magnitude. In early work, he established multi-function, shared aperture concepts which were explored by AFWAL in the early 1980’s and which are now widely applied. During this effort, on the Adaptive Multifunction Antenna program, he served as Chief Engineer and System Architect. Before that, he designed retrodirective and conventional self-steering arrays, obtained exact mode-matching solutions to discontinuities in waveguides, and designed a low-frequency magnetostatically coupled link. Dr. Martin’s graduate work at the University of Texas, Austin, focused on wave propagation in plasma. His dissertation was entitled “Relativistically Interstreaming Bounded Plasma Interactions.